THE AVENUE is located between Queen's Road East and Johnston Road in Wan Chai. Developed by the Sino Group, Hopewell Holdings, as well as the Urban Renewal Authority and launched in two phases during 2014 and 2015, it comprises four blocks of units from studio suites to spacious three-bedroom flats with floor sizes varying from 329 to 2,319 sq. ft. of saleable space. Most units feature an open-plan kitchen and come with a veranda to enjoy stunning views across Wan Chai. THE AVENUE has a large clubhouse offering a wide range of of facilities, and a shopping mall, popular with expats and business professionals. Dawson Tse
Dawson was very helpful and understanding and he listened to what we wanted. Thank you.
4.9 / 5.0
Ms. Chloe MITCHELL 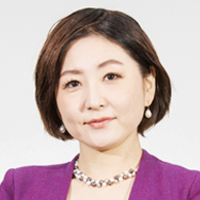 Maki Yoshimatsu
We gave Maki an impossible time frame to find us a new flat. She immediately knew what we needed, and never showed us anything other than what filled most of our requirements. At all times, she was the ultimate professional. Maki had a difficult assignment, and she came through with flying colours. We highly recommend her to anyone needing real estate expertise.
4.6 / 5.0
Wendy and David Nesbitt

Dawson Tse
His professionalism and attention to details. Dawson comprehensively covered all my bases by planning well in advance of handover and anticipating any potential issues which might arise. During the house search, his well-connected network opened doors which would not otherwise be possible, which allowed me to get informed first-hand whenever a new listing arose. He is also very patient and responsive in attending to all my queries and requests. All in all, a wonderful experience working with Dawson.
4.8 / 5.0
Mr. Zhao Wang Teo
23 Total Reviews with an Average Rating of 4.2 / 5.0
View All Reviews
Back
The Avenue - Phase 1
Close
9 Photos
OKAY.COM App

Let's Connect
15/F, Wilson House, 19-27 Wyndham St., Central, Hong Kong
+852 2102 0888
Privacy PolicyTerms and Conditions
© 2023 Okay Property Agency LimitedEAA License Number C-036846All Rights Reserved
Do you want to login
You already have an account with us? How about logging in?
LoginCancel
Create Your Account
Follow properties and receive updates to know about new properties instantly
or
Already have an accountLogin