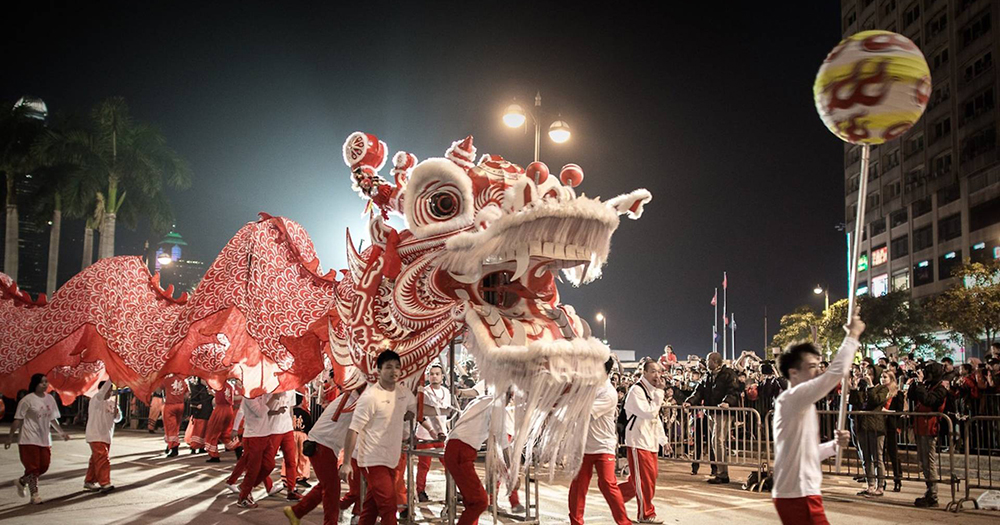 Hong Kong has long acted as the confluence between East and West, uniquely blending the best of both worlds. One item particularly worth celebrating is the city’s recognition of a wide range of exciting holidays from cultures across the World, as well as its preservation of the more traditional Chinese festivals that still compose an important part of Hongkongers’ life and culture. This article will walk you through the major Chinese festivals celebrated in Hong Kong. As Chinese festivals are celebrated according to the lunar calendar, the exact date of the festivals differ slightly from year to year. 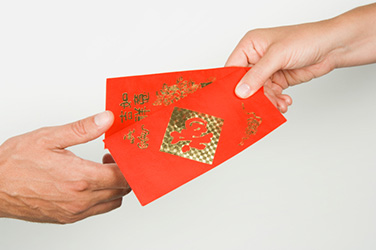 Chinese New Year, or Lunar New Year (農曆新年) is the biggest and most celebrated Chinese festival in the city. The holiday usually falls between late January and February, with everyone in town entitled to three days off work to celebrate with their extended families and friends. Many shops will also be closed during the first week of the New Year so make sure you stock up on essentials beforehand.
Red packets, or “lai see” (利是), are fortuitous red envelopes containing money, usually in denominations of $10, $20, $50 and $100. These are traditionally given by adults, especially married couples, to younger generations and singles during the New Year period which lasts a total of 15 days. As the colour red symbolizes luck in Chinese culture, handing out red packets wishes people good fortune and
happiness. 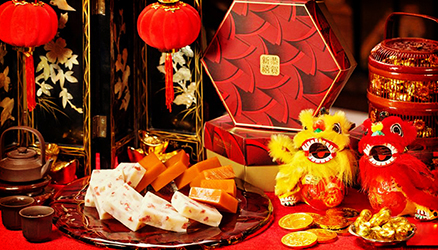 Certain dishes are traditionally eaten during Chinese
New Year feasts for their symbolic meaning, so as to bring good luck for the coming year. Some of the traditional dishes include fish, often steamed and served towards the end of the feast to symbolize completeness, which conveys the wish for those in attendance to receive more than the bare necessities over the year. Glutinous rice cake or New Year cake (年糕) is another common good luck food that comes in all kinds of flavours. In Chinese, the pronunciation of the cake “nian gao” means “increasingly prosperous year-after-year”, so sending people New Year cakes wishes them a wealthy new year. You will also see a lot of tangerine trees on display during the New Year period - Chinese believe that tangerines can bring wealth and luck because the Chinese word for the fruit sounds like “gold”. 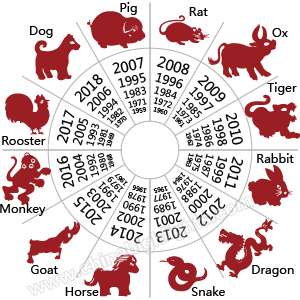 Another important element is the Chinese Zodiac (生肖). Running on a twelve-year cycle, each lunar year is represented by an animal, with individual fortunes being impacted based on the year you were born. As legend has it, the Jade Emperor wanted to select 12 animals as calendar signs, so he asked all animals to participate in a swimming race. The winners would each have a year of the zodiac named after them according to their place in the race: rat, ox, tiger, rabbit, dragon, snake, horse, sheep, monkey, rooster, dog and pig. Chinese believe that people born under each animal sign have different characteristics and personalities. Find out more about your Chinese zodiac here! 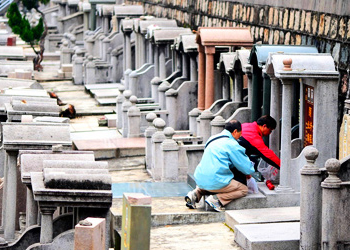 Ching Ming Festival, or Tomb-Sweeping Day (清明節) is the day where Chinese pay visits to the columbarium or hillside graveyards of their ancestors. Families gather to remember their ancestors and tidy their graves. They also make offerings of food and light incense to honor the spirits of the deceased. Chinese believe that fire can transfer offerings from our World to the afterlife, and as a result, burn joss paper (spirit money), paper houses, maids, food, and even the latest tech gadgets and sports cars to ensure their ancestors can live in eternal bliss! 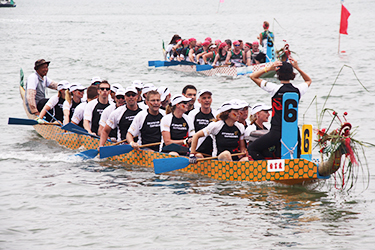 Tuen Ng Festival (端午節), commonly known as Dragon Boat Festival, is celebrated on the fifth day of the fifth lunar month. Now a popular festival filled with thrilling dragon boat races and parades, the festival originally stems from a sad story involving Qu Yuan, a famous Chinese poet and minister who drowned himself in the river to protest against corrupt rulers in the Warring States Period (476 BC - 221 BC). After Qu’s suicide, people beat drums and threw lumps of rice into the water, hoping to preserve the national hero’s body from hungry sea creatures. Since then, people commemorate Qu Yuan on this day by racing dragon boats and eating glutinous rice dumplings wrapped in bamboo leaves (糉子). 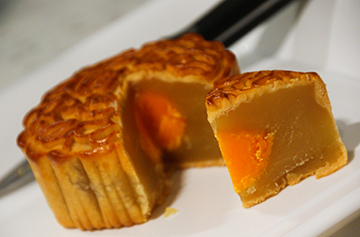 Mid-Autumn Festival (中秋節) is filled with mooncakes and lanterns. On mid-autumn night, the harvest moon is supposedly the brightest and fullest of the year, and the reason the day is also known as “Full Moon Festival”. The full moon symbolizes peace and family reunion in Chinese culture, making this one of the most important dates in the lunar calendar.
There are many poems and stories written about this festival, with one of the widespread legends concerning Chang E, an immortal woman that lives on the moon. In ancient times, Hou Yi, a hero who saved the earth from the extreme heat of 10 suns, was offered a bottle of elixir. His wife Chang E took the elixir when confronted by thieves. She became a goddess, flew out of the window and up to the moon, where she has lived alone ever since. If you look hard enough, some say you can still see the figure of Chang E when gazing up at the harvest moon!
Mooncakes are must-haves during this festival. Traditionally, these are made of lotus seed paste, with a salted egg yolk in the middle. They are believed to have originated from revolutions in the Yuan Dynasty (1271-1368), where people put secret notes inside the pastries to communicate revolutionary messages. Today, mooncakes have developed into a festive symbol with a wide variety of creative fillings and flavors, and are often enjoyed alongside the unique fire dragon dance in Tai Hang. 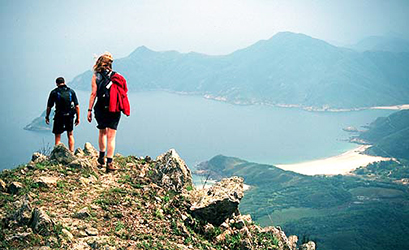 Chung Yeung Festival (重陽節) falls on the ninth day of the ninth lunar month. Similar to Ching Ming Festival, the entire family congregates at the resting places of their ancestors to worship them and lay offerings out of respect. Apart from grave sweeping, people are also encouraged to hike to the city’s highest points on this day to avoid “the plague” - an ancient legend from the Han Dynasty (202 BC to 220 AD), where a soothsayer saved the lives of his family members by bringing them to high ground. Today, many people take advantage of this holiday by heading into Hong Kong’s Country Parks and enjoying an outdoor picnic backed by lush greenery. 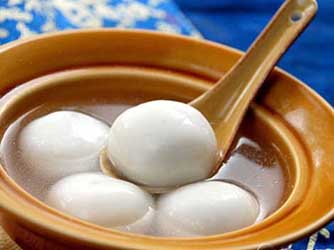 Winter Solstice Festival, or Winter Festival (冬至), is the second most important Chinese festival after Lunar New Year. It is the day when the sun lands exactly at the celestial longitude of 270°, marking the shortest day and longest night of the year. Originating from the Han Dynasty, the festival was a day to celebrate the end of harvest and to offer sacrifices to Shang Di, the supreme God from Heaven, and to one’s ancestors. Today, the festival is observed with a family get together and delicious glutinous rice balls (湯丸) that symbolize unity.
Tags: living in hong kong, culture
Share:

23 January 2017 - You’ll be hearing the phrase “Gong Hei Fat Choy” a lot this this season which means congratulations and be prosperous in the future! Chinese New Year in Hong Kong includes ceremonies and traditions that are not only interesting bu